Nodding syndrome, a mysterious neuropsychiatric disorder, and epileptiform disorder are associated with mental, psychomotor, and physical growth retardation. Children aged 3-18 years are affected, but the disorder is more common in boys. 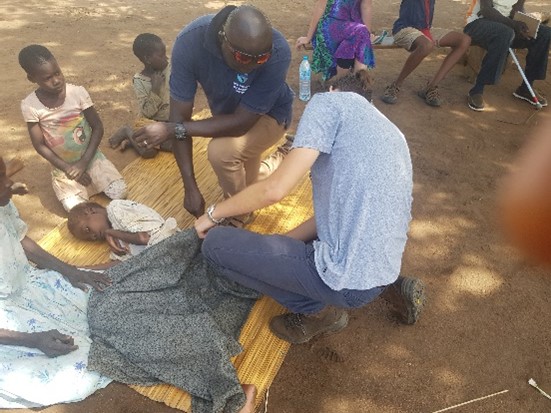 Scientists have not been able to determine the cause of this disorder. The affected children are suffering from severe cortical atrophy and neuroimaging shows this.

There are many theories about the causes of the symptoms, including conspiracy theories regarding intentional poisoning of food and water sources as well as chemical exposure from ammunition that were used in civil wars. The treatment of affected children is focused on symptom control and rehabilitation from a biomedical standpoint.

Anticonvulsants such as sodium valproate or antipsychotics can be used to control seizures, behavioral problems like wandering, and aggression episodes.

The disorder has not been reversed and no treatment is available. Although community members have tried indigenous medicines, cleansing rituals, and prayer interventions, they have not seen any significant improvements.

To test the effectiveness and efficacy of doxycycline for the treatment of nodding syndrome, a randomized controlled clinical trial in northern Uganda is currently underway.

The doxycycline trial is based on the hypothesis that antibodies against Onchocerca volvulus, a parasite transmitted by black flies, can be directed against brain nerve tissue. This paper discusses some of the most recent researches in the treatment, pathophysiology, and etiology of nodding syndrome.